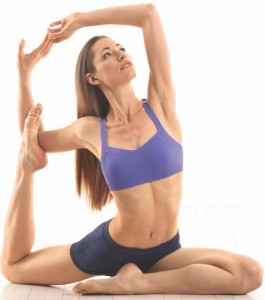 Last Thursday I was invited to attend the special launch of Reebok Yoga SS13 clothing collection in collaboration with Tara Stiles (NYC based model turned Yoga teacher). The day consisted of a morning Yoga class with lovely Tara Stiles in a re-vamped, disused warehouse in Shoreditch, East London. This was followed by lunch and a pampering afternoon at the Sanderson Hotel, London, followed by dinner. Yes, I know what you are thinking, but I did actually have to interview Tara, VP of Reebok Studio Fitness Barbara Ebersberger, and look through the SS13 collection with their head designer – so there was some hard work involved!

As I mentioned earlier this week, the day was absolutely packed so I am going to start with Tara Stiles (part 1) and then review Reebok’s collection (part 2).

As well as the interview, I had the pleasure of talking to Tara throughout the day, and got a great sense of who she is, what she believes in and what she stands for. Tara began life on a farm in the middle of rural America where she enjoyed the outdoors and relished the sense of freedom. Even at this early age she was really active and began to move in what she would later discover was Yoga. It was at University where she was studying dance that a teacher introduced her to Yoga in a more serious way. Before she had chance to evaluate what she wanted to do in life after University, she was offered a modelling job and moved to New York City.

Tara continued practising Yoga whenever she could, even introducing it to fellow models whilst on photo shoots! She found her Yoga practise healing, inspiring, and developed her ability to focus as well as strengthening the body. This ultimately led her to teaching Yoga as well as writing about health and wellbeing. At this point Tara knew she wanted to focus full time on teaching and inspiring others about Yoga so left the modelling world behind. 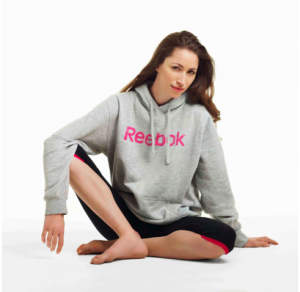 What is really interesting is how Tara’s classes grew so rapidly (within 4 years) Strala Yoga (Tara’s Yoga studio in NYC), was organically born and is completely self-funded. This is great inspiration for all fitness professionals and proof that you do not need huge investments to start up your own studio. You just need to be good at what you do and show others the authentic life changing effects of exercise and movement.

So what makes Tara different to other Yogies? She certainly looks like one and even sounds like one. Well, she believes Yoga is for everyone. No matter what age, ability, race or religion, ‘Yoga is the dance of life’.

Her focus is on the physicality of Yoga – the stretches you pass through, the poses you hold and the breathe you use. The “spiritual stuff” comes second and is not forced or instigated by her. She believes that Yoga is about calm, conscious movement which leads to a soothing of the mind and relaxation. The spiritual aspect of Tara’s approach to Yoga is created through the deep connection of the body, mind and soul through movement. As I firmly believe and know to be true, your body reflects your mind and soul, and your mind and soul is reflected through the body.

It is a refreshing approach to Yoga, and to be honest, although it has caused a stir amongst the hard core Yoga communities in the U.S., this is probably the approach the average Briton who goes to Yoga classes naturally takes as well. Let’s be honest, who actually thinks sniffing the smoke of joss sticks whilst exercising is either nice or helpful whilst exercising??!

Tara’s aim is to bring Yoga to the masses. Her first step is to educate people about the benefits of Yoga and break down the stereotypes and barriers people have about it. Second is to make it affordable, (Strala Yoga is one of the cheapest Yoga classes you can attend in NYC), and build genuine friendly (but not weird) communities people can be part of. So keep your eyes peeled in the next few years for Strala Yoga classes/studios!

If this has not given you an idea of what Tara Stiles is about, to finish I will say that she is completely genuine, loves to see people flourish in life, and is fantastically and effortlessly cool!

I have been following her new DVD collection ‘This is Yoga’, for the past week and the routines are excellent. There is a routine for every part of your life – to wake up in the morning, to slow down before bed, to strengthen and challenge your body and to relax. The four part DVD set is launched on 26th December 2012 – perfect timing for your new year resolutions!

For more information about Tara just follow the links below;

Tara Stiles – This is Yoga DVD