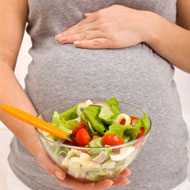 As some of you may already know, around 4 months ago I fell pregnant for the first time! It was very difficult for me in the first few months to firstly try and hide my slowly expanding waist and chest line, and secondly to keep teaching with the same energy and vigour.

As a Pilates teacher, your tummy and body shape are scrutinised so I was conscious that my changing physic would raise a few eyebrows; not to mention the daily attire of leggings and tops which were getting too tight and VERY uncomfortable.

My demonstrations rapidly declined to a minimum because a knew that some moves were not advisable even at an early stage. Along with bloating and nausea I really did not feel able to exercise myself never mind demonstrating the Pilates 100 (exercise) in class.

In this short period of time I feel I have learnt so much more about my body. My approach to exercise and food has already been challenged and consequently I felt compelled to share my thoughts in the next couple of blogs.

Out with the old, in with the new eating plan

For those of you who have been or are currently pregnant, nausea and sickness commonly plague you through the first trimester, and for many women this continues throughout the whole pregnancy. When you are battling away trying to keep nausea away, the last thing I could stomach was a huge bowl of salad! Secondly that would just not sustain a body which is working in overdrive.

Previously my staple foods were salads, quinoa, superfood smoothies, pulses etc – basically all the healthy foods which are littered across my social media news feeds! Previously I did not eat too many starchy carbohydrates as that was the one thing which increased my weight and I found them fairly bloating.

Well this went out the window and carbohydrates entered centre stage………. 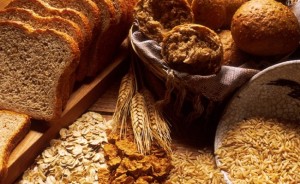 For at least a month or two, brown toast, bran flakes, potatoes, brown pasta were my staples with perhaps cheese, chicken or fish. I managed to slip in my vegetables through eating soups or stews and I craved fruit all the time (not a bad thing at all)! Although my new carbohydrate fuelled eating plan was relatively ‘healthy’, it was not the same as before. Unfortunately I found that my ‘super healthy’ cookbooks did not contain many of my new staples and I found that it made me feel guilty!

I initially felt guilty that my diet had changed but I had literally no choice but to follow my body’s lead. It was either that or not eat and throw up and feel sick constantly. Having adapted to my new situation this guilt has passed and now in my second trimester the sickness has mainly lifted and I have been able to stomach more of my old favourites. Having said that, wholemeal carbohydrates are still the main player.

During pregnancy I believe it is even more important to be in tune with your body and listen to it. Carbohydrates are an important food group in anyone’s diet, but particularly when pregnant. Because the stomach can become more sensitive, less fussy more starchy foods may become more appealing. Do not be ashamed if wholemeal bread, pasta and potatoes creep back onto the menu (like me!). At this stage in your life, it is best to listen to your body and the medical profession by eating all of the major food groups in the recommended proportions.

Perhaps even unfollowing some of the ‘on-trend’ healthy food accounts on Instagram for the time being will also help you to feel less guilty and fully enjoy this special time in your life and body.